Council of the Foundation

The council of the Foundation is made up: 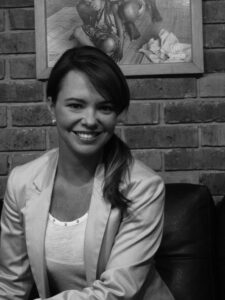 Natasha Klauss was formed as an actress at the prestigious Studio XXI, performed subsequently character creation workshops. In 2003 he got the role of “Sarita” in the soup opera “Pasión de Gavilanes”, one of the biggest hits worldwide and “Luzmila”in “La Mujer en el Espejo” in 2005. For her role as “Isabela Montilla” in “La Tormenta” won the TvyNovelas prize. Natasha interpreted “Suplicios” in “El Zorro La Espada y la Rosa” in 2007. Also interpreted “Tania Toquica Murillo” in “Novia para Dos” of RCN furthermore “Amor en Custodia” and “A Corazón Abierto” where he developed one of the lead roles.
In 2011 he signed a contract with Telemundo for the soup opera “Los Herederos del Monte”. Near the end of 2011 starts recordings of “Corazón de Fuego” and in 2012 became part of another project in the soup opera “Muñeca Brava”. In June 2013, Natasha started recordings of the series “Mentiras Perfectas” of Caracol TV adaptation of the North American television series Nip / Tuck, winner of an Emmy prize.

Theatre Director, Actor, Theatre Teacher. An international tour with the Free Theatre of Bogotá leads from the United States to China and then to Europe. In 1984 he decided to settle in Paris where he has developed his professional career. Actor in theater and film, particularly in the last film of Bernie Bonvoisin alongside Carole Bouquet and Jean Rochefort. Between 2005 and 2012 works with musicians and runs several shows space contemporary music orders l ‘ ARIAM Ile -de- France and Paris MPAA .
As director has made about thirty shows presented in the Paris region and in the province. Drama teacher, who also taught professional actors, working with people from vulnerable populations French marginal areas.